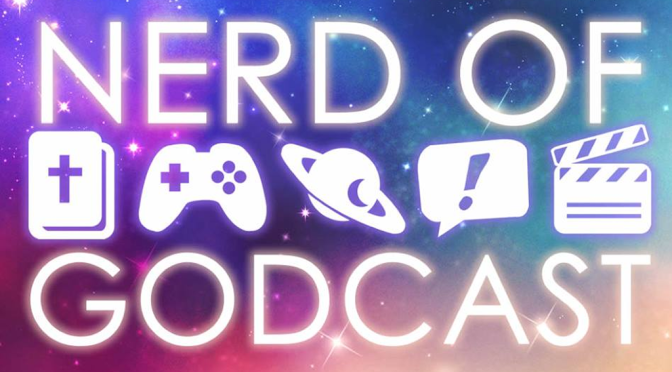 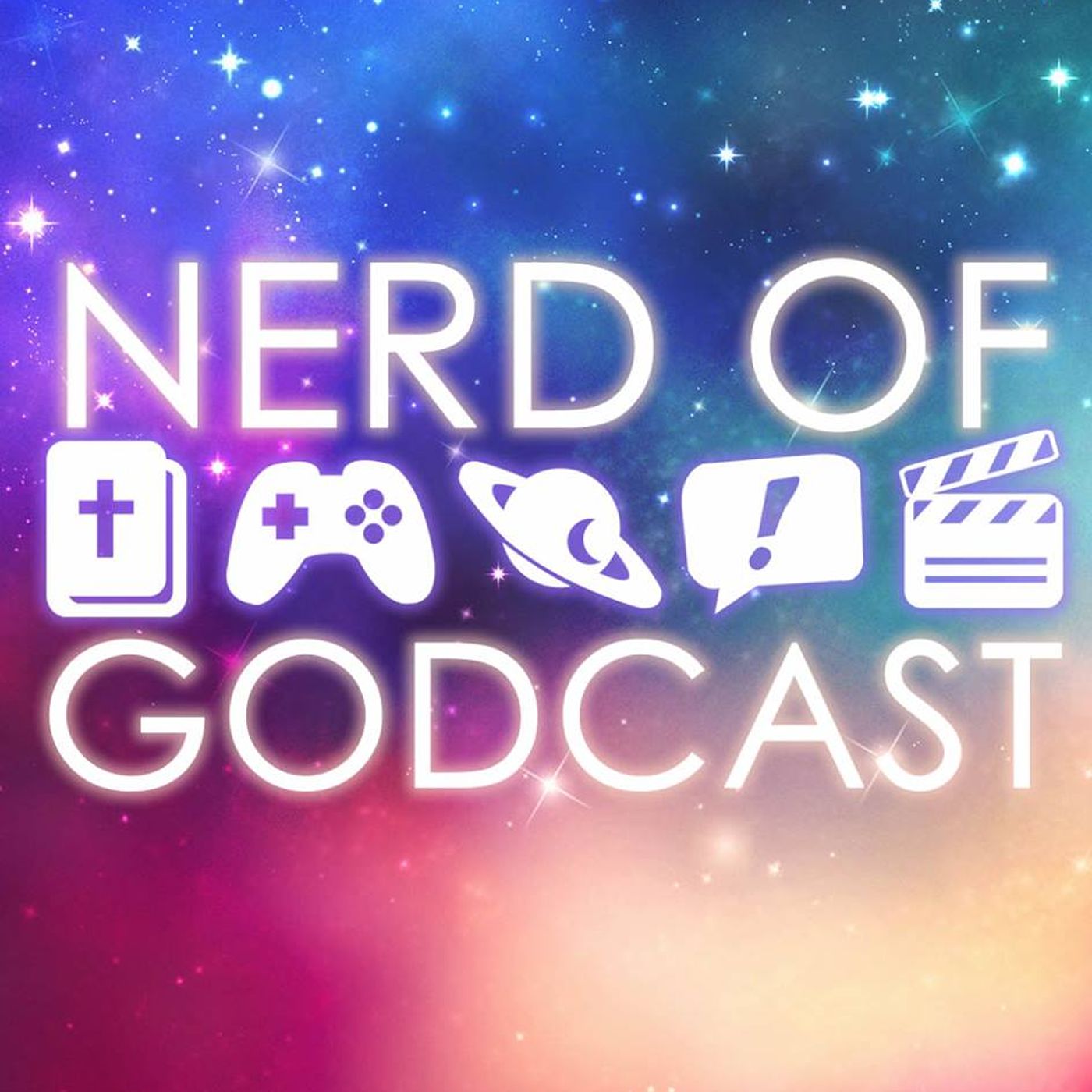 I Want to Go to There: The Aesthetic of Fantastic Destinations – Nerd of Godcast

On this episode we're joined once again by the NOG Twins. We discuss the unique look and feel of some of our favorite fantasy (and real life) locations and consider the place Jesus has gone to prepare for us. Support this podcast
check us out on Apple podcasts
Listen on Spotify 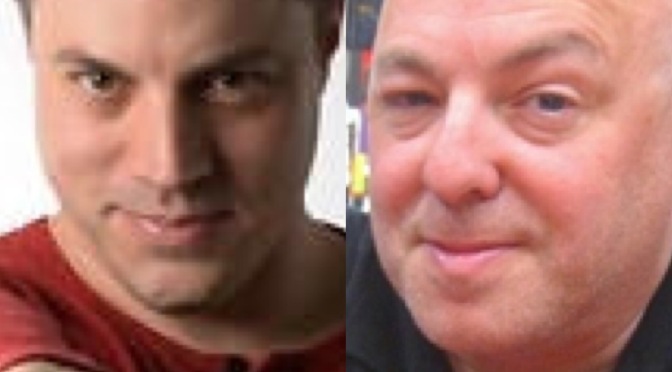 It was reported today the flagship writer for Marvel Comics Brian Michael Bendis has signed to DC Comics. This is a huge acquisition for DC Comics and president/CCO Geoff Johns. Bendis is known for writing beloved storylines for Ultimate Spiderman, Daredevil, X-Men(including the well known House of M story), Secret War, New Avengers, Secret Invasion, Old Man Logan, The Age of Ultron series, and many more. 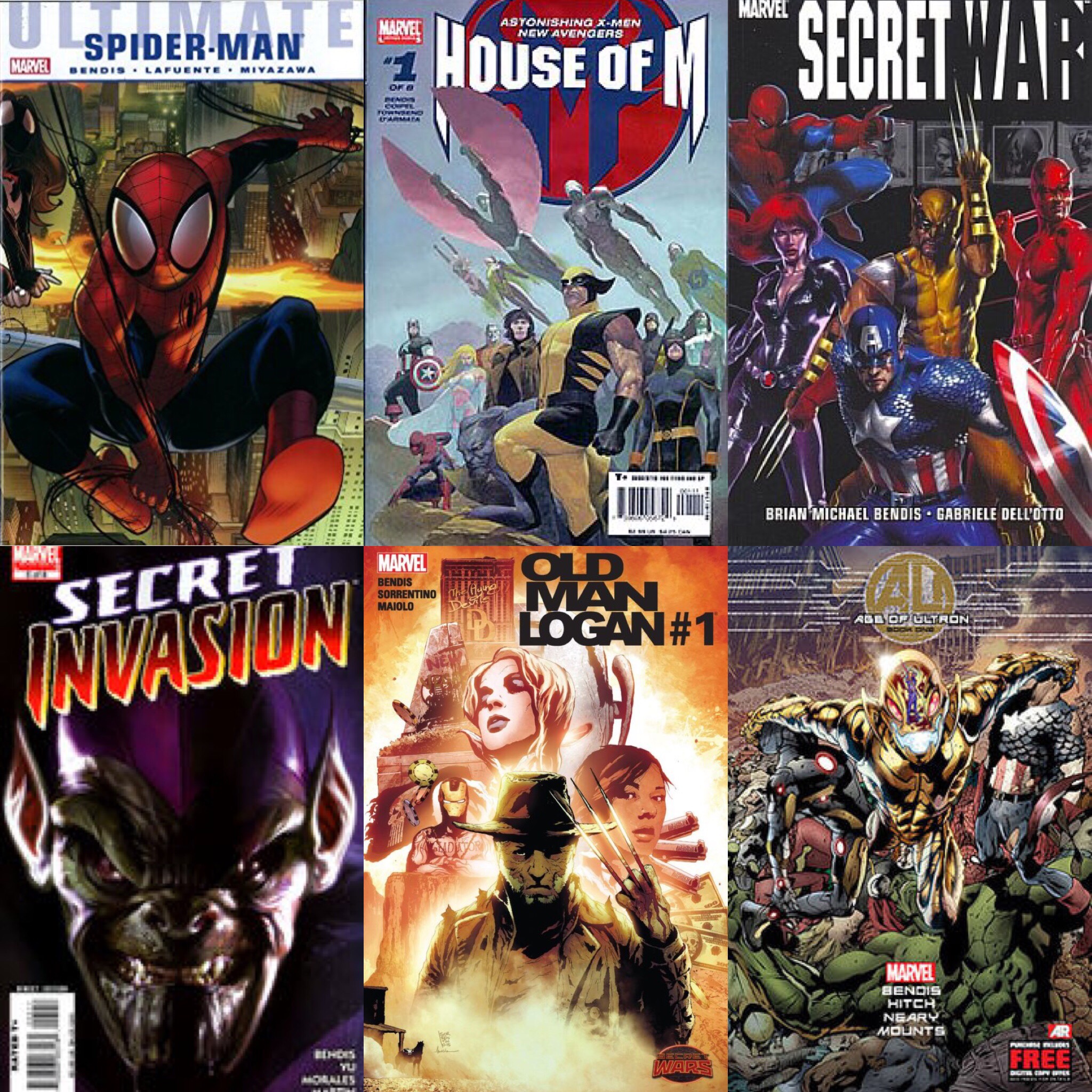 This brings an extra level of excitement for DC fans, as we await his assigned comic series, while Marvel fans are anxious for someone to fill the huge hole in the roster left by Bendis.

What do you think of the transfer? Are you happy to see Brian Michael Bendis try his hands at DC characters or are you sad to see him leave Marvel? Let us know in the comments below or on social media. 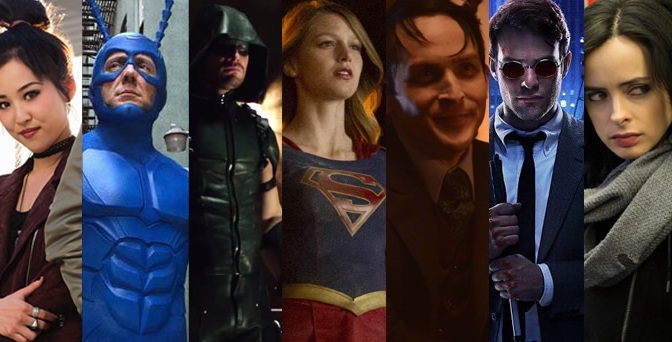 Full disclosure. We LOVE the Marvel cinematic universe. Over the course of a decade, almost pretty much every movie has been a critical and box office hit… it almost seems they can do no wrong. We are even pleased with the Agents of SHIELD spin-off which promised to operate on the outskirts of the MCU with big tie-ins to the film universe and has actually delivered on that.

Then came the Netflix shows. As a universe-within-a-universe, these street-level heroes came in to their own with a gritty, noir feel focusing on the human elements of their characters (and to some degree villains) and with roughly 13 hours per season, they had enough time to actually pull it off. And after 5 seasons of individual story lines, we were rewarded with Defenders, an everyman’s Avengers so to speak.

As the days went on however, more networks and outlets began to hunger for a piece of the super hero pie. Other networks and streaming services saw huge potential in having a hero of their own. This is on top of an already overloaded Comic Book inspired TV line-up, including several based in the X-Men universe and the hugely popular DC Comics roster such as Arrow, Flash, Supergirl and Legends of Tomorrow, as well as Constantine, Gotham and the upcoming Black Lightning and Teen Titans. Oh, and The Tick.

The first question is this: What other Marvel properties have a shadow of name recognition that could be exploited? It had to be someone that the movie makers weren’t going to get around to making. The answer, thus far, has been Inhumans. Aired with no small amout of fanfare and ambition, the story of the super powered royal family of Attilan promised to be the MCU’s answer to Game of Thrones and ended up more like a fan-film on Youtube (and not even one of the better ones.) With Hulu’s upcoming Runaways, Cloak and Dagger on Freeform, and more rumors of other 3rd tier heroes on the way (speculation- Moon Knight? Sleepwalker? Hercules?)

My second question is how long until the world shrugs its collective shoulders and greets these new series with a resounding ‘meh.”? Can the TV/Streaming market absorb much more superhero saturation. Or worse will the studios who pay for all these shows stop seeing comic book inspired stories as worthy of top talent in writing, directing and acting and move on to the next genre?

My third question is to you- Do you think they are spreading the medium too far with every new small screen superhero? Is it hard for you to get caught up on one before, like the villainous hydra, two more pop up in its place?  Of do you thing there is a super hero that probably won’t get his or her own movie that you think should get a TV series? Let us know in the comments below!

BTW… I’m going to admit. I don’t really know what Freeform is. 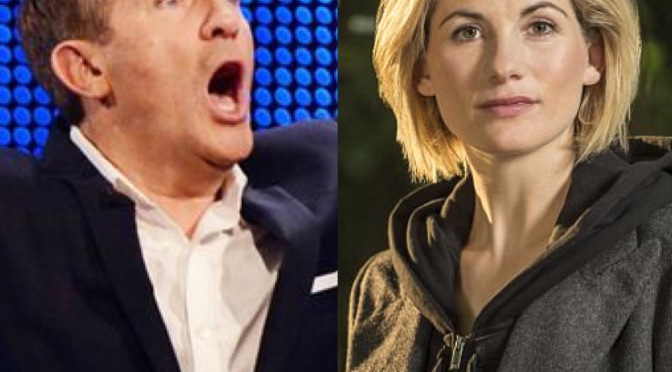 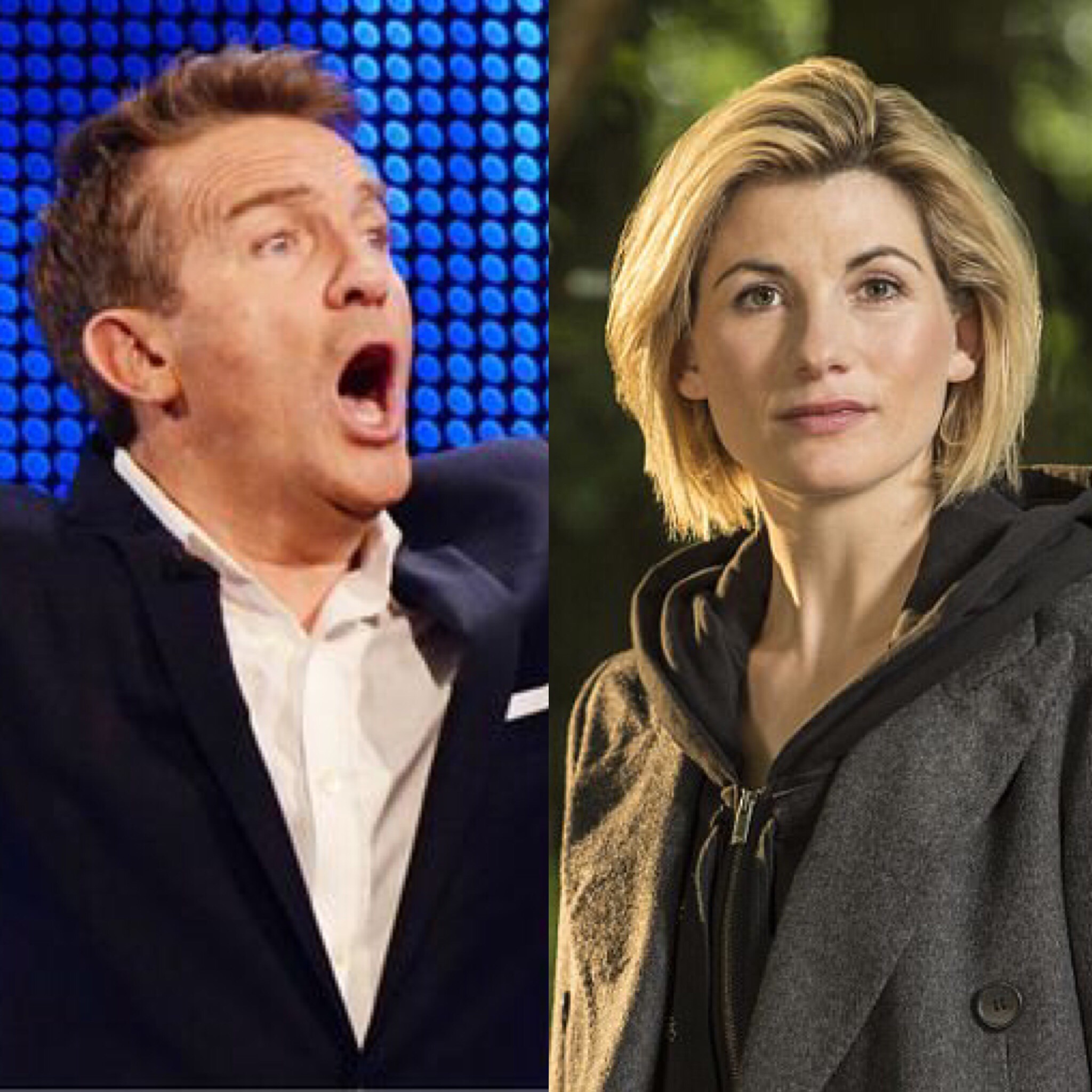 Ever since we found out that the new Doctor Who will be played by actress Jodie Whittaker, and after the parting of ways with loveable 10th series companion Bill Potts, one question was still hanging in our heads: Who will be the new companion? Would they be younger or older? Would they be human or alien? Would they put a female companion with a female Doctor? Or would they keep the male/female dynamic that has worked fantastically, with the roles reversed between the two. This morning, we got our answer.

According to numerous sources, the new Doctor Who companion will be played by Bradley Walsh, known best for hosting the British version of the game show “The Chase”, as well as his role as Danny Baldwin in the long-running British soap opera “Corronation Street”, and as Ronnie Brooks in “Law & Order: UK” (alongside former Doctor Who companion Freema Agyeman, aka Martha Jones). 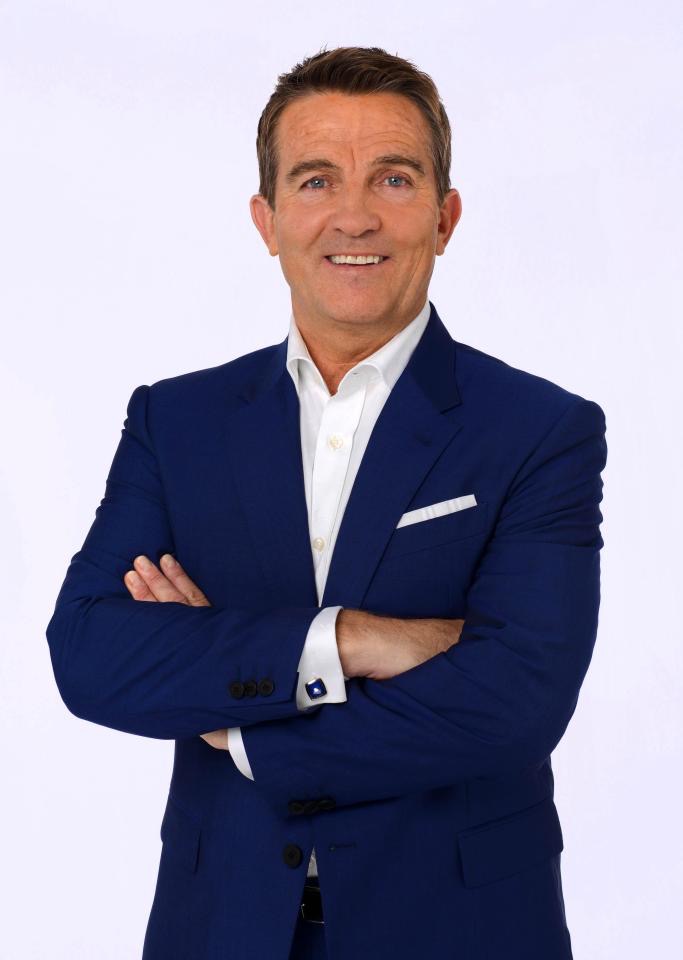 Walsh brings both an ability to be a humorous character or a serious character, or both. It will be exciting and interesting to see the dynamic between him and Whittaker (who is 22 years younger than him in real life).

With all these questions, we are extremely ready to tune in and watch the answer unfold when Doctor Who series 11 premieres in Fall 2018.

So what do YOU think about this casting choice? Who would you have liked to see as the new Doctor’s companion? Do you think Walsh can play a companion as beloved as Rose Tyler or the Ponds? Let us know on social media and/or the commenta below. 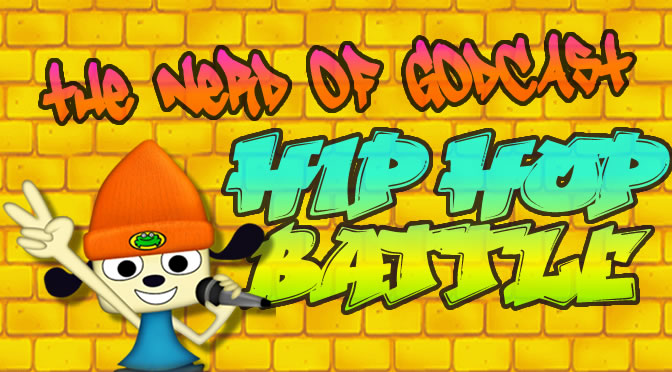 If you’re a Christian Hip Hop artist and you want to have your song featured on our show, we’ve got an opportunity for you!

Create a song about the Nerd of Godcast, about our show and our crew, Christ culture and Nerd Culture, faith and fandom, and not only will we feature it on our program, we’ll link to your website, social media and SoundCloud from our pages, AND, if your song is our favorite,YOU COULD WIN custom album art for your next project by Official NEHS, EJ Nieves

Know a #CHH artist? Share this with them! There is some amazing talent in the Kingdom of God! Let’s make some talented Christian artists famous! 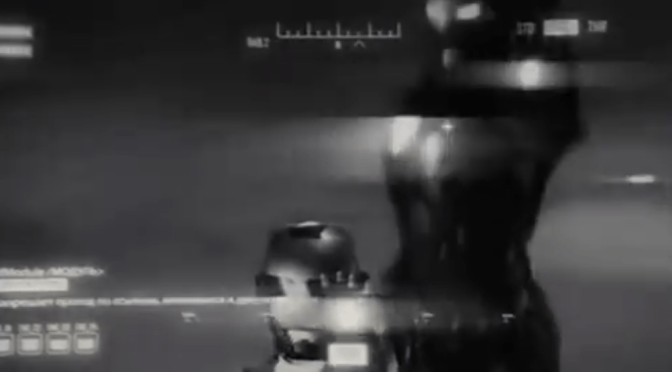 Just a week before the release of his new film, Spider-Man: Homecoming, titular star Tom Holland revealed a crazy development in the MCU.

In the 2010 film Iron Man 2, during the attack at the Stark Expo in Queens, NY (Peter Parker’s home town) Tony Stark saves a young boy who is wearing an Iron Man mask.

Well Holland revealed today that that little boy was none other than a young Peter Parker. That’s right, a full 6 years before Marvel Studios made the deal with Sony to add Spidey to the MCU, he was already in one of the films. Holland said in an interview,  “I can confirm that as of today. I literally had a conversation with Kevin Feige only 20 minutes ago. Maybe I’ve just done a big old spoiler, but it’s out there now. It’s cool. I like the idea that Peter Parker has been in the universe since the beginning.” This settles a long running fan theory that means that the heroes in this image:

are the same as the ones in this:

What do you think about this new development? Are there more theories you hope become canon? Let us know in the comments below or on social media.

Check out Steve-O’s look at the Power Rangers Movie in our latest SPOILER-FREE.

We just cant get enough of this jaw-dropping animated tribute to The Legend of Zelda: Majora’s Mask. This is the artists’ interpretation of Skull Kid’s origin and it left us wanting more! Check it out!

This video was created as a gift to fans by the talented team at Ember Lab.

Seek and you will find.